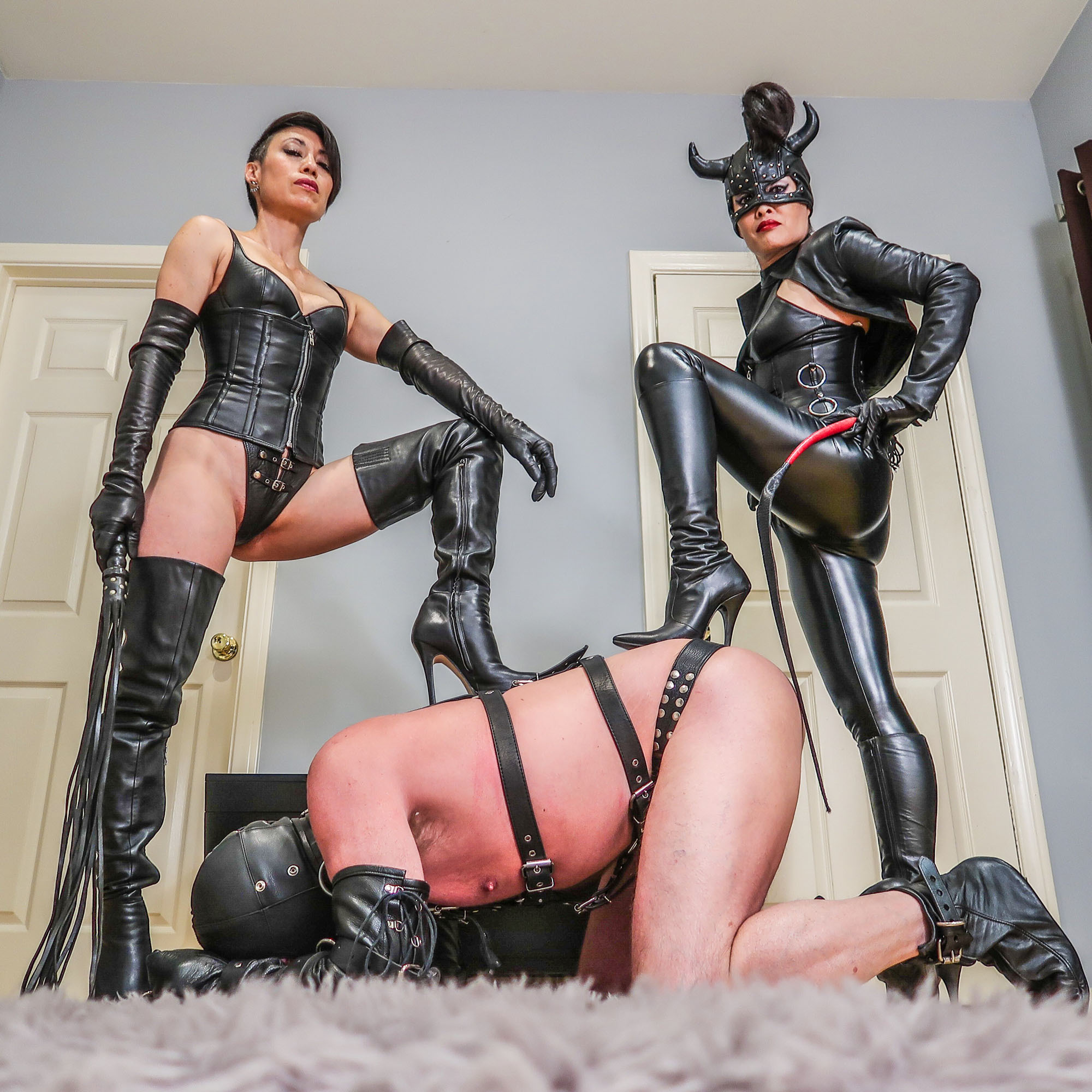 Welcome to Word Goddess Pepper took our cuckold slave shane with her to the Domcon LA convention with the intent of forcing him to offer himself to be used and abused by all of the beautiful Dominant Women there. Unfortunately he got cold feet and never offered himself, as instructed, to the other women. When Goddess Pepper initially reported his epic failure to me, I was beside myself, “WTF!?!?” I said over the phone. We both agreed that we had to get together and teach our slave a lesson he would never forget! We decided to implement his corrective punishment together so he would feel both of our wrath and be reminded of his place in our world! Our plan… Dish out the abuse he should have received during Domcon, all at once and all from his two Dominatrix Owner’s. That should teach our little whore a lesson he will never forget!!! The clip starts out with Goddess Pepper dragging our slave in and throwing him on the bed, treating him like the failed cuckold bitch that he is! After hearing all about our cuck’s monumental failure we begin to implement his punishment. First step, fill his manpussy with a massive locking ass plug to start the process of stretching his hole so he can take both our cocks later! Goddess Pepper doesn’t waist any time as she harshly shoves the massive plug in then ruthlessly forces it open, causing our cuck to scream like the little slut that he is. “Now you’re locked open!” Pepper says in her devilish tone. Next we tie our cuck kneeling on the bed, completely helpless with his back, ass and balls exposed for us to abuse. Before long Pepper begins to whip our slave while I simultaneously bust his balls. He is going to take 50 strikes from Pepper’s whip and 50 punches to his balls from my leather gloved hands! It’s a brutal treatment that overwhelms our slave causing him to scream and shake as the pain builds. His crying outbursts don’t stop us, nothing will, our cuck is going to take his full punishment without mercy! After implementing the first part of his punishment and leaving him in tears, it’s time for phase 2, crushing those useless balls! Watch as we install a massive 5 pound ball crushing weight cylinder on his berry’s then we turn the crank until he is screaming in beautiful agony! Yes whore, we love to hear you scream! Seeing his big open manwhore mouth as he screams in agony gives us a brilliant idea… Let’s fill THAT hole too! Pepper points out that there is another cock in the room as she turns and looks our unsuspecting cameraman in the face saying “I think I see another hard dick in the room!” Our stunned cameraman doesn’t know what to say… “Come on, loan us your cock!” I tell him. Moments later our cuck is deep throating cameraman dick just like the whore that he is! Watching all of this man on man cock sucking action gets Pepper and I so excited we can’t wait any longer… “Ok, we need to fuck something!” I exclaim and Pepper replies “Let’s fuck!” After putting our cameraman back to work behind the camera, Pepper and I expertly tie our slave down[…] 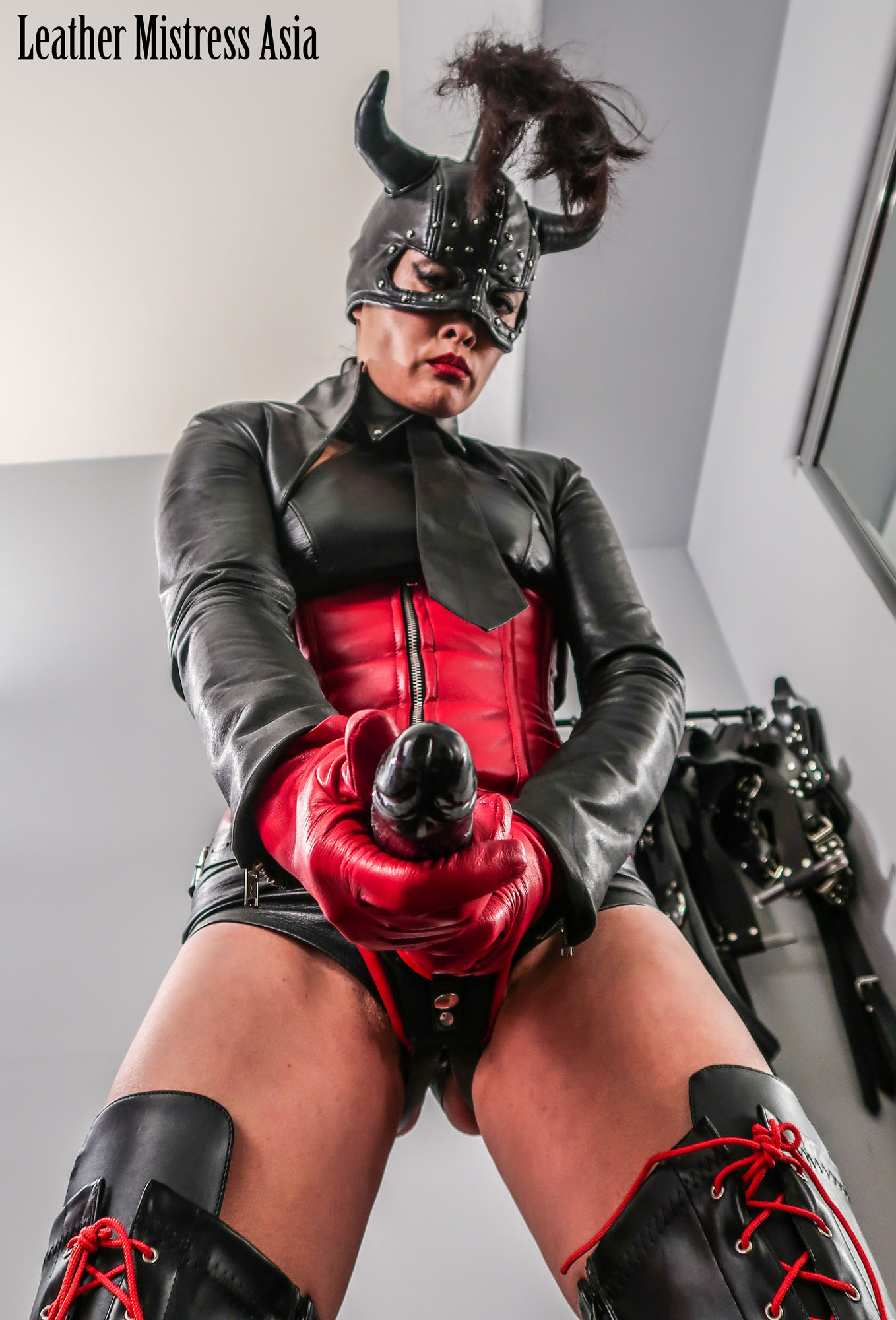 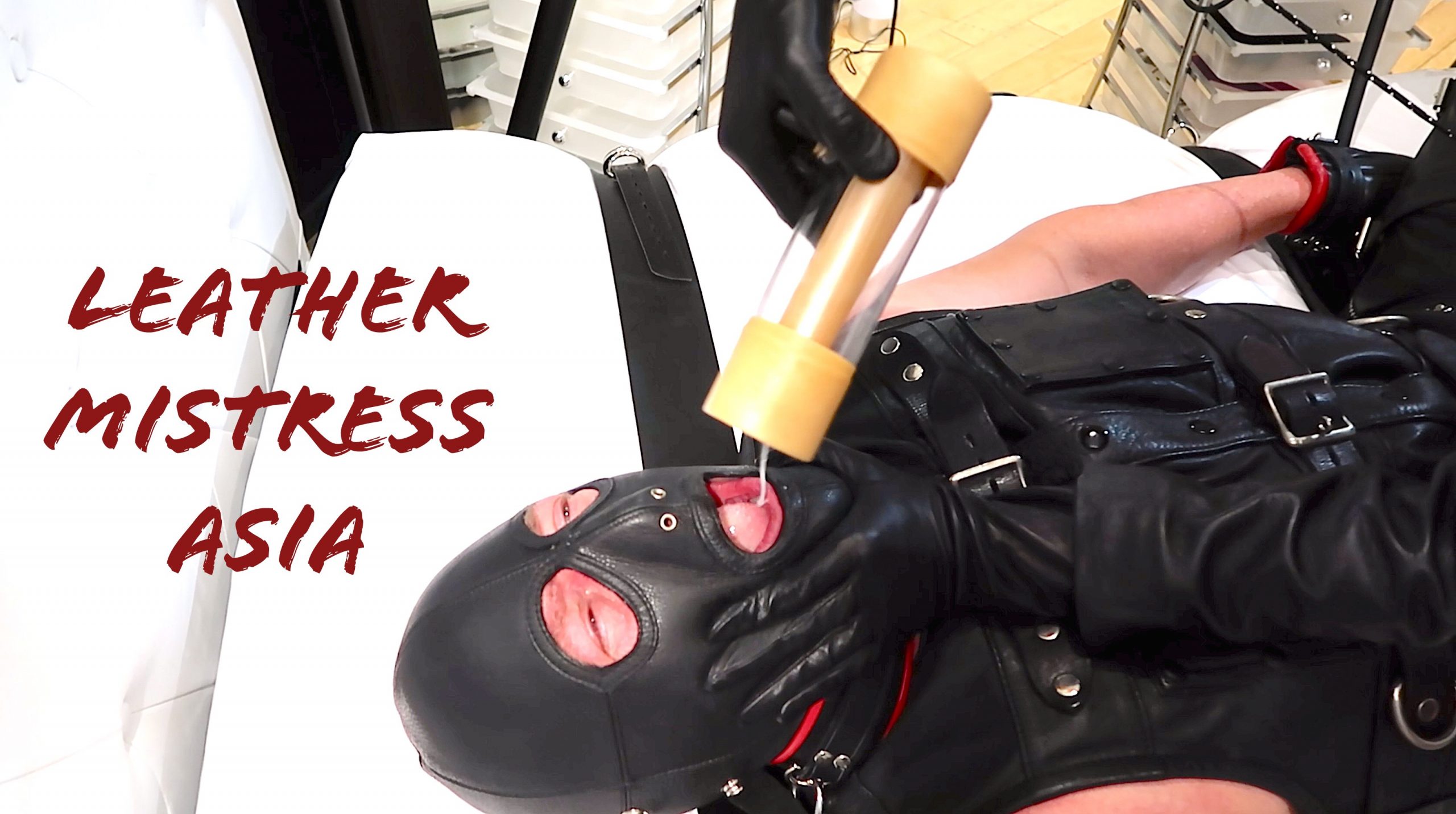 My cuck is due for a draining but as he has neglected to follow My rules, I have decided to combine this draining with an extra dose of pain! The clip starts after I have had My slut helplessly restrained on the bed in My dungeon while I was getting dressed and setting up the cameras. After ripping off his leather codpiece exposing his locked up useless cuck cock, I inform him that he is going to be drained but that because of his failures this week, its going to be very painful! I waste no time in getting started with humiliating My bitch, first step… I shove a plug deep into his little whore ass! I then move on to focus on the useless cock and balls that I own, starting their agony by leaving the chastity device in place while I use a urethral sounds to tease and torture them. Watch as the sound slips in and out of his locked up pigstick, causing him to moan in agony as he swells in his cage. After he has been teased to my satisfaction, I remove the cage as I want full access to My cock so I can truly implement the level of pain My pig deserves! I inform him that he is going to be drained but that he won’t enjoy it as I show him the spiked Kali’s teeth cages I intend to lock around his useless pig cock and balls! After locking the first set of spikes around his worthless nuts, he begins to swell making it difficult to install the second spiked ring around his shaft but, that doesn’t stop Me! Listen as My slut screams in agony as I painfully lock the second ring around his worthless shaft! Thats just the beginning though! Next I pull out a Rosebud urethral sound and with the spikes around his pig balls and another locked tightly around his now rock hard shaft, I shove the sounds right down the throat of his meat stick! My cuck can’t help it as I use the sounds on him while also stroking and teasing his shaft… he can’t help it, he just keeps getting harder and harder making the spikes dig into his shaft deeper and deeper! Before long My slave is screaming and begging through his gag as the pain grows with each stroke of My Goddess hand. My cuck gets so hard in fact that suddenly I can’t get the sound out of his shaft because the spikes around his pigstick have become so tight that the sound can’t pass through the ring! I begin to laugh sadistically as he screams and begs repeatedly in the hopes that his Mistress will be merciful LOL! After I have decided My cuck has learned his painful lesson, I inform My pig that I will remove the spikes around his useless cock but that I intend to instead bust his tiny balls which will remain locked up with spikes driving into them! Just as My cuck thinks I am going to be merciful limiting the pain to ballbusting with the spikes in place, I add one more twist as I shove a 12 inch long sounds right down his disgusting meat stick! As I fuck the useless piece of meat with[…]